skip to main | skip to sidebar
No posts.
No posts.
Home
Subscribe to: Posts (Atom)

Jim Rafferty
Born in Scotland I joined the British Army aged 17 years. Served for 10 years in the Royal Corps of Signals and the Royal Military Police. I then became a Probation Officer and have lived on the Isle of Man with my wife Lesley since 1991. The views expressed on this site are mine and in no way are they intended to represent the views of other branch members. Your comments are most welcome or you can contact me by E-mail: jimrafferty@manx.net 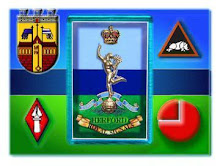